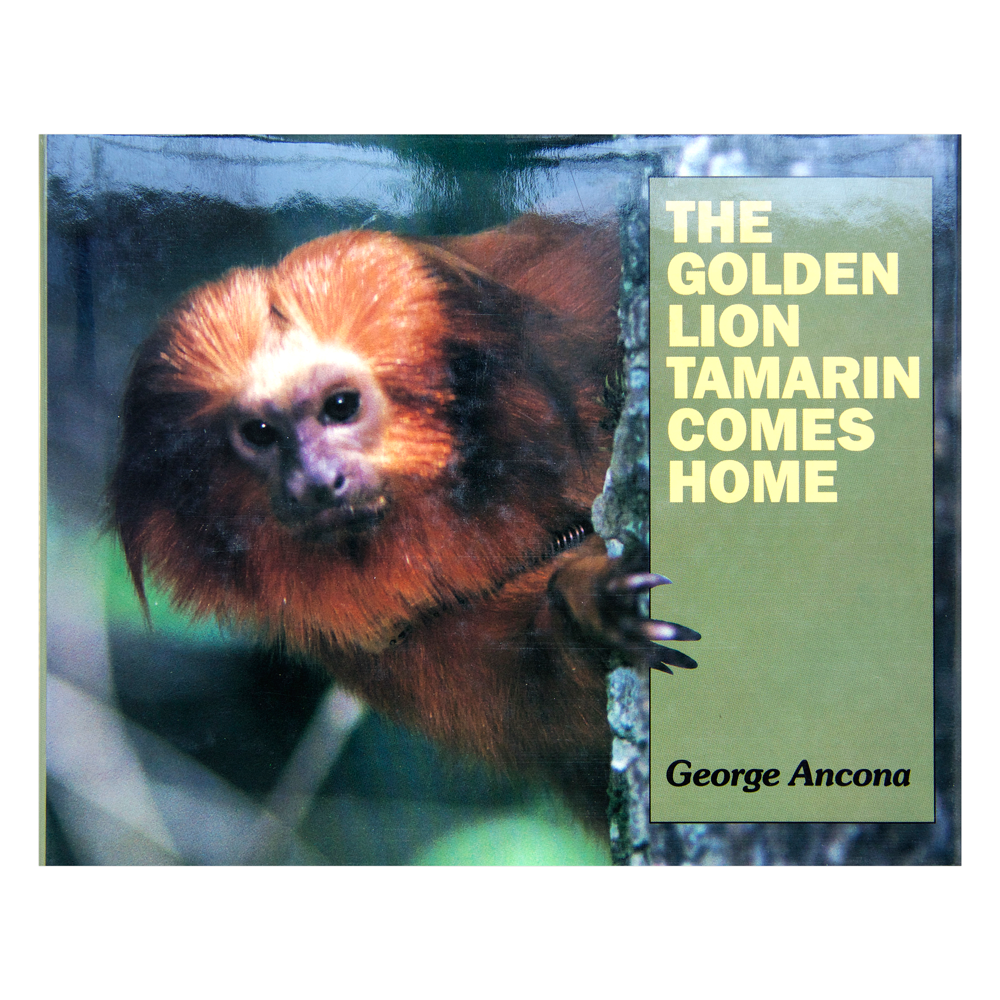 Take a look at a golden lion tamarin, and imagine its disappearing forever. This is what almost happened in Brazil as deforestation reduced the monkey’s habitat and the species began to die out. Fortunately, the Brazilian government set aside the remaining forest as a wildlife refuge.

Thanks to Dr. Benjamin Beck of Washington, D.C.’s National Zoo and to other scientists, today golden lion tamarins bred in zoos around the world are being taught to live in the wild and are being shipped to the refuge in Brazil. The goal of the Golden Lion Tamarin Conservation Program is “reintroduced tamarins that are totally self-sufficient.”

“In chronicling the assisted return of the golden lion tamarin to its natural home in therain forest of Brazil, Ancona has captured both the playfulness of this colorful monkey and the dedication of the people working to save it. Through close-up full color photographs and a clear absorbing, fact-filled text, readers see why the animals came close to extinction, how scientists in zoos around the world prepare them for life in the wild, and how they are being reintroduced to a protected habitat, the Poço das Antas Biological Reserve. A fascinating look at one of many worthwhile conservation efforts.”
– School Library Journal